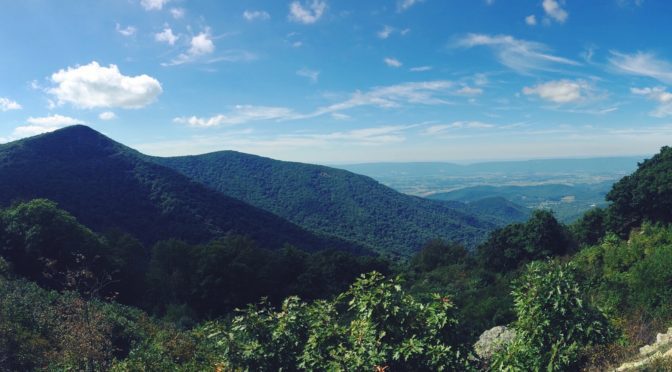 FAQ: How the Atlantic Coast Pipeline is Connected to Mountaintop Removal

Dominion has stated that the proposed 600 mile Atlantic Coast Pipeline will require ‘extensive’ mountaintop removal along the Appalachian ridge lines in Virginia and West Virginia. What exactly does this mean?

How much mountaintop will need to be removed?

Dominion has said that 10-60 feet of mountaintops will be “reduced” in West Virginia and Virginia. In some places, that’s the height of a five-story building. This reduction will take place along 38 miles of ancient Appalachian mountain ridges, with roughly 19 miles in Virginia and 19 miles in West Virginia.  Of course, Dominion does not like the term “mountaintop removal,” because the company doesn’t want the public to understand the kind of destruction their proposal would cause.

How will Dominion reduce mountaintops?

In a Fact Sheet released today, pipeline opponents outline how Dominion plans to use explosives to remove the mountaintops, which is extremely destructive to the surrounding environment. Explosives have historically been used in West Virginia and Virginia for coal mining, however, today we are seeing the first time those techniques are being used for Pipeline projects. Past research has proved again and again the environmental devastation caused by explosives, however Dominion is disregarding these warnings. Mountaintop explosives release sulfur compounds in the form of dust, which often settle on water sources and private land. This is a major health hazard to wildlife and humans. The explosives also cause reductions in wildlife biodiversity by polluting water sources, destroying habitat and altering the flow of streams and creeks.

How do mountain explosives work?

Prior to setting explosives, Dominion will have to shave off 38 miles of forest along the proposed pipeline route, which is usually sold as lumber. Then, roughly 2-5 feet of topsoil is removed and supposedly set aside for later restoration. Explosives are placed within the rocky subsoil and blasted off until the mountaintop is leveled.

What will Dominion do with excess soil?

Although Dominion claims they will try to “restore” the mountain sites after laying the pipeline, experts estimate they will still be left with an excess of soil, vegetation and rock of about 2.4 million cubic yards from the 38 miles of pipeline.  The 75′ permanent easement must remain flat, serviceable and void of trees. The transport of this waste alone will require dump trucks to make over 247,000 trips to and from the construction site.

What can you do to help?

Learn more about the pipeline and the ways in which it will harm mountain environments by taking a look at the fact sheet from ABRA, APPALMAD, CCAN, DPMC, and FON: http://www.abralliance.org/wp-content/uploads/2017/04/Fact-sheet-Mountaintop-Removal-to-Build-ACP_20170427.pdf

Get involved with Wild Virginia! We are a grassroots, non-profit organization dedicated to protecting and preserving Virginia’s national forests through a combination of education, citizen mobilization, and political advocacy. In order to fight the Atlantic Coast Pipeline and ensure that the great outdoors can be enjoyed by all for generations to come, we work on behalf of the region’s wild spaces.

Learn about how to get involved in our current campaign against the pipeline here: https://wildvirginia.org/our-programs/fracking/dominion-pipeline/can/