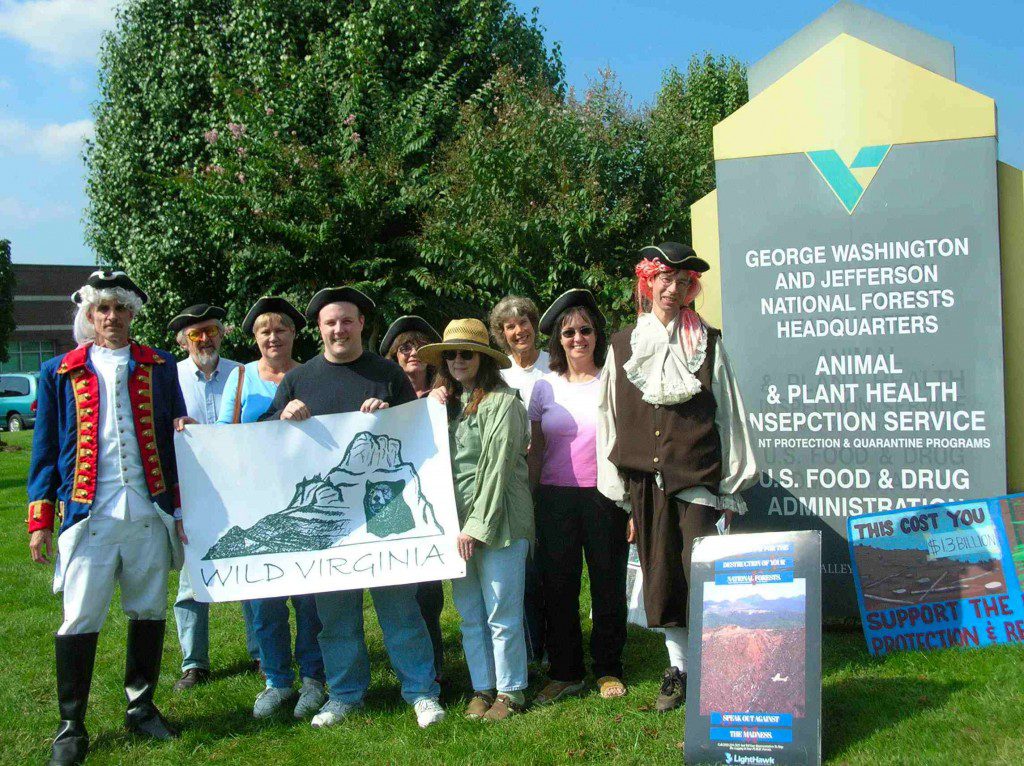 Founded in 1996 by Eric Nielsen, a forest ecology graduate student at the University of Virginia, as the  Shenandoah Ecosystems Defense Group (SEDG), the organization has always been rooted in public lands forest protection through volunteer action. In 2003, the SEDG Board of Directors voted to change the name to Wild Virginia. If you’ve known us as SEDG, fear not, we work on the same issues with the same heart and commitment.  We feel the new name helps to convey our mission in a proactive and positive way.  Over the course of nearly twenty years, Wild Virginia has emerged as a leading advocate for forest protection in Virginia.

The first major campaign focused on the Terrapin Mountain timber sale in the Blue Ridge, where the Forest Service proposed to log in the habitat of the endemic Peaks of Otter salamander.  To protect the rich, intact forests and popular 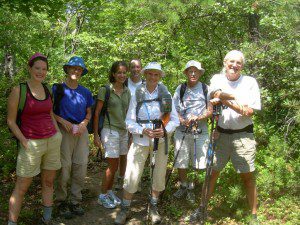 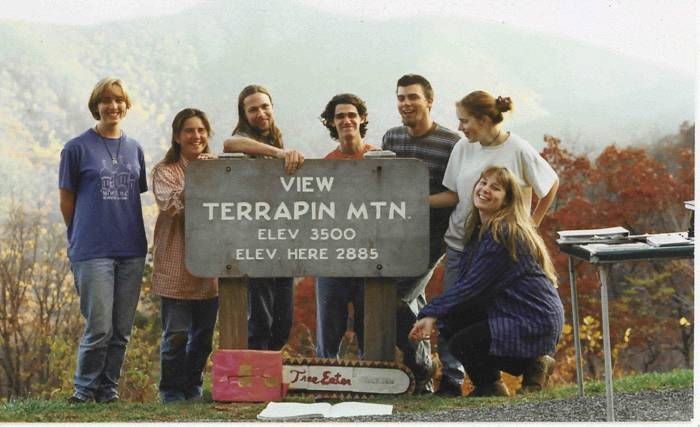 generated over 1,000 postcards, and as a result the Forest Service reduced their planned clearcut acreage by 120 acres.

Wild Virginia worked hard to stop the Hematite Timber Sale, a large tract of old-growth chestnut oak forest in Allegheny County in the southernmost ranger district of the George Washington National Forest (GWNF).  In the summer of 1997, the group coordinated a successful road blockade to stop logging and generate public support.  Despite this, a lawsuit, and mounting public pressure, the old-growth forest at Hematite eventually fell.  Although the trees were cut, Wild Virginia succeeded in elevating the issue of old-growth forest protection throughout Virginia (see Wilderness Protection) 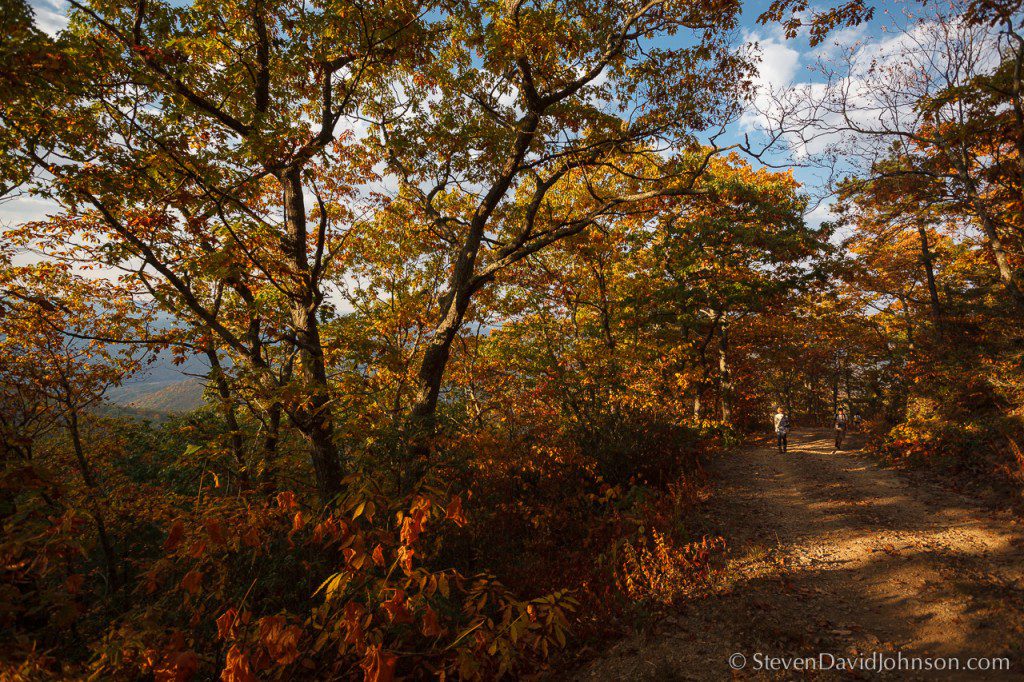 In the spring of 1998, Wild Virginia won an appeal of the Broad Run timber sale, preventing 458 acres of logging in the North Mountain and Broad Run Roadless Areas near Roanoke.  In granting the appeal, the regional forester noted that there was no compelling reason to enter an inventoried roadless area.

Later that year, Wild Virginia joined forces with three landowners and a hunting lodge to oppose the Chestnut Ridge Timber Sale on the GWNF.  The proposed logging would directly affect water supply and quality on adjacent private land.

After several years, when all administrative appeals to halt the sale were denied, Wild Virginia and the private landowners filed suit against the USFS. Although we had the backing of the local community and landowners, the fourth district federal courts are some of the most conservative in the country and we lost the case. All parties chose not to appeal. The loss was disappointing, but helped us establish a strong relationship with private landowners and hunters in an important rural area of the state.

Beginning in 1998 and continuing until the passage of the Virginia Wilderness Act of 2000, Wild Virginia organized support for the creation of two new Wilderness Areas: The Priest and Three Ridges in Nelson County. Our efforts included leafleting at grocery stores, phone banking, letter writing, field trips, and fundraisers. And in 2000, Wild Virginia joined other groups such as the Virginia Wilderness Committee in celebrating the addition of over 10,000 acres of the George Washington National Forest to the federal Wilderness Preservation System through

Under the leadership of Conservation Director Steve Krichbaumin in 2000, Wild Virginia created the Shenandoah Mountain National Monument Proposal, a joint project of Wild Virginia, Virginia Forest Watch, and Heartwood. It was presented to the Clinton Administration but was never acted upon. 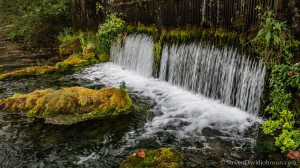 Within the Shenandoah River watershed, Wild Virginia has actively opposed several projects including road relocation inside a roadless area on Shenandoah Mountain (Forest Road 95) and timber sales on Massanutten Mountain in the Lee Ranger District. Wild Virginia has also worked with botanists and naturalists to explore opportunities to protect the threatened Cow Knob Salamander. 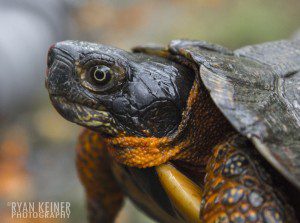 In the spring of 2000, Wild Virginia began a concerted effort to protect the headwaters of the Shenandoah River. These lands comprise the largest roadless forest complex east of the Mississippi River at over 400,000 acres. Current threats include acid deposition from excessive nitrogen and sulfur in the air and rain, new road construction by the Forest Service, logging projects, illegal off-road vehicle traffic, and other pressures. The value of our National Forests for clean water, recreation, and wildlife is far greater than for timber.

The George Washington Forest Plan Revision began in February, 2007. Wild Virginia has been involved at every step of the process and foresaw the two successful Planning Rule Lawsuits that resulted in the use of the 1982 Planning Regulations that have been used in the revision.

The GWNF Management Plan was finally released in November 2014. 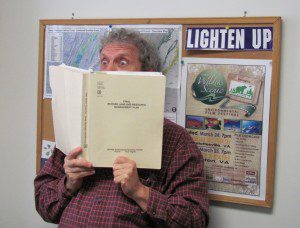 ► Lobbied for the passage of the Ridge and Valley Act, part of the Omibus Public Lands Act of 2009, protecting 7 new Wilderness Areas, 6 Wilderness Additions, and two National Scenic Areas in the Jefferson National Forest.

► 2009: Published The State of Our Water: Managing and Protecting the Drinking Water Resources of the George Washington National Forest, resulting in the endorsement of resolutions calling for strong forest protection in the watersheds of the GWNF by over two dozen localities.

► 2010: Organized our first Wild and Scenic Film Festival, facilitating outreach, building membership and our volunteer base.

► 2014:  In a successful culmination of a multi year-effort by Wild Virginia and our partners to keep fracking out of Virginia’s National Forests, 985,000 acres of the GWNF where it was previously possible to drill, was made off-limits to fracking activities. This was huge victory for Virginia’s forests.

► 2015:  We lead the charge to fight the Atlantic Coast and Mountain Valley Pipelines.  We are on the steering committee of ABRA  a coalition of over 50 groups working together to stop the Atlantic Coast Pipeline.  Please see our campaign pages for frequent updates and to learn how you can get involved. 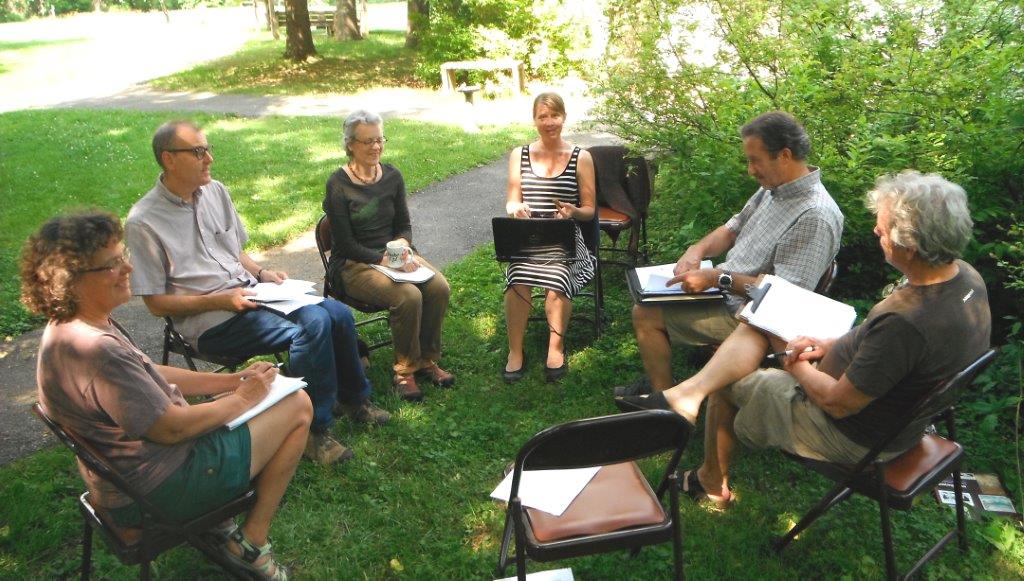 Today, Wild Virginia has grown to include Managing and Development Director (Misty Boos), Conservation Director (David Sligh), an active board of directors, and hundreds of committed volunteers and members. We are all working hard together to protect Virginia’s wild places.

Learn more about our current campaigns.

Wild Virginia is most appreciative to past Board Members who have provided leadership over the years:

and Past Conservation Directors:

and to the memory of “Bob and Bob”